Dillip Mohanty is a visionary political activist who believes in making the common man aware of their tremendous potential and encourages them to realize their dreams. A strong believer in proper utilization of human resources, he has actively involved himself with causes of several socio-cultural organizations. His dedication towards development of the under-privileged people has made him the Life Member of Indian Red Cross Society and Krusak Samaj of India.

As a person, Dillip Mohanty is blessed with powerful organizational skills and the fact that he handles his responsibilities as Advisor of Bhubaneswar Municipal Corporation, Employees Federation, and Nayapalli Durga Puja Samiti and also as General Secretary of Rajadhani Bhasani Samiti proves it.

Dillip Mohanty's respect towards the backward classes of our society is revealed by the fact that he considers Human Rights and Social Justice Issues as his base work. He is a powerful visionary who believes that it is impossible for a country to progress, until the grass root issues are solved.

Since he started his career, Dillip Mohanty has viewed politics as a powerful tool that should be used for creating practical opportunities for the under-privileged section of the society and for overall development of our country. He has always dreamt of creating a corruption-free Bharat and to fulfill this goal, he has launched this movement. This movement has always been close to his heart and even today, he is equally enthusiastic about this movement as he was when he launched it.

Passionate about social development issues, Dillip Mohanty is fiercely optimistic about ushering in a new era of empowerment at the grass root level. He is determined to fulfill his goal and accordingly, has actively involved himself with several social works, especially those that are based in the rural areas. Dillip Mohanty emphasizes on the fact that education is crucial for holistic human development and for this reason, he aims to convince the masses about importance of good education.

Also, as a person who has been enriched by national as well as international exposure, he understands the importance of education of women. He knows that a country cannot develop, unless its women are educated and for this reason, he always emphasizes on educating the girl child. He is an innovative leader who believes in implementing unconventional strategies for reaching out to the masses and enhancing their overall life quality.

Dillip Mohanty is justifiably a classic role model who has dedicated himself selflessly for cause of the nation. 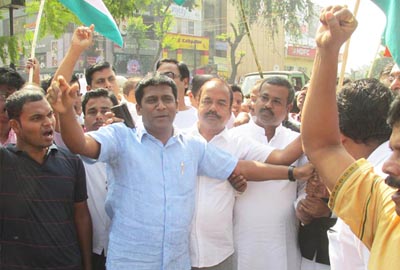